A chat with Kirsten Porter, editor of the upcoming The Collected Poems of E. Ethelbert Miller

I’m on the phone with Ethelbert Miller. It’s back in early November, a few weeks after he asked me to edit his book of collected poems. The first day he asked me I was elated. You know that scene in the movie Singing in the Rain when Gene Kelly is so over-the-moon in love that he shrugs off his umbrella and dances through the street in the middle of a downpour? No matter that his smart-looking suit is getting soaked, that he risks catching a cold only a miserable week of tissues and chicken soup would remedy. He is bursting with good news; the consequences of rain are of no concern. Yes, that was me. Downright giddy, (I don’t think I’ve ever used that word to describe me and probably will never use it again). Really, there was still rain all around me…a stack of never-ending essays to grade, a vet bill for a doggie dental that made my own dental bill look cheap, oh…and an upcoming appointment for a root canal on that left molar I could no longer pretend was just a little toothache. But in that first moment I had just been asked to edit a book of poetry, I was Gene Kelly-Singing-in-the-Rain exuberant. Editing, poetry, my dear friend Ethelbert—this was cause for joy. And then it rained a different kind of storm. Several weeks of rain. Not real rain. Not even the rain of life’s expected bills and unexpected flat tires. This was the kind of rain that falls when you let your self-doubt get the best of you.

Why are we so hard on ourselves? So many of my artist friends—writers, dancers, singers—are so full of self-doubt. We are the first ones to rain on our own parades. As much as I wanted this editing job and appreciated being asked, I let myself only have one moment of song before I sat down in the rain and asked myself, but why would a writer want me for their editor? Surely there were others in Ethelbert’s circle with an eye for what looks good on the page and an ear for what sounds aesthetically pleasing. Certainly he had a colleague who could run circles around me when asked to speak on issues of race, jazz and spiritual music, loneliness and discontent—all of which can be found in Ethelbert’s poetry. But he chose me. What could he have possibly seen in me?

“Because you have something no one else has, a voice and discernment that he is looking for to ensure his work is well-represented,” a Marymount colleague and mentor told me when I finally confessed to her what was bothering me. I was restless, skeptical, downright irritable. My self-doubt had taken up a membership at Gold’s Gym and was building some major biceps. And then she added this, “You just don’t see what Ethelbert sees in you. Maybe that’s the problem. Start seeing yourself the way he sees you. He’s a pretty sharp guy. Trust that he made the right choice by choosing you.”

Which brings me back to that phone call. It had been a few weeks since Ethelbert asked me to edit his book of collected poetry. I had some time to process it all. After weeks of sitting in the rain without an umbrella, telling myself I was the wrong choice, I had stopped for a moment to let the words of my mentor soak in. And then a break in the rain. I stood up, soaked and grinning, maybe I was the right choice. And then I started devising a game plan for the book.

Hello, Ethelbert? I was hoping you had a minute to talk about the book.

I had a vision for his collection, but I wanted to run my ideas past him. No point in developing a game plan for the book if he wanted something completely different. So as the Queen of Multi-Tasking, I held my cell phone in one hand and four dog leashes in the other and walked the stretch of road that extended for a block of quiet houses and well-manicured lawns. While my dogs took their afternoon walk, I told Ethelbert some of my plan. 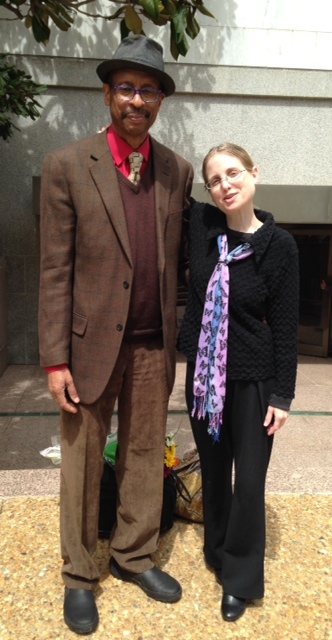 “Well, what do you think? You’re the editor.”

Ready to hear about my game plan? Join me next month and we’ll start talking about developing the vision for a book of collected poems and breaking down a game plan into manageable tasks.